MY COMMUNITY, MY VALUES

Since 2000, Blue Metropolis has reached 19,138 students in 928 schools and offered 59 different educational programs, all dedicated to reading and writing. The flagship of these educational programs is, without a doubt, Quebec Roots. Thanks to the financial support of the Ministry of Education, Quebec Roots has given a voice to anglophone Quebec schoolchildren since 2005 and encouraged them to speak out on issues as serious as bullying and homophobia. The program is designed, first and foremost, to promote an interest in writing. It is aligned with the school curriculum in order to develop cross-disciplinary skills. The ultimate goal is to keep kids in school. It also fosters intercultural understanding through its exhibitions, by introducing texts and photographs produced by young Anglo-Quebecers to the general public.

QUEBEC ROOTS AT A GLANCE

The Quebec Roots program indirectly addresses important issues linked to the development of young adults. Over the years, as we examined the texts submitted by students, we noticed that they were using this free space for creative self-expression to talk about their problems and the reality they deal with. By allowing youngsters to sound off about difficult and complex issues, such as bullying or sexual orientation, Quebec Roots endeavours to turn the creative process of writing and thinking into a positive experience. During their workshops, while working together on a common project, students use many academic and personal skills, such as creativity, communications, critical thinking and perseverance.

TO INCREASE UNDERSTANDING BETWEEN CULTURES

Young participants in the Quebec Roots program often come from immigrant families or Indigenous communities. Their texts and photographs are a reflection of their community, of the challenges they face, of their values and family traditions. By showcasing these writings and photographs, the Blue Metropolis Festival promotes intercultural understanding. The Festival has more than 100,000 attendees and reaches Quebecers from all cultural and linguistic backgrounds.

Drawing on the Blue Met’s recent experience in dealing with the COVID-19 crisis, Quebec Roots will increase its digital presence tobetter serve Quebec’s English-speaking communities. The shift to digital will be permanent, and will go on after the pandemic has waned. It will allow us to reach a larger audience, to serve Anglophone communities in remote areas, through digital exhibitions, teleconferencing, and interactive online platforms.

As of 2020, Blue Metropolis Foundation has extended its services to Quebec’s remote areas. Beyond the program’s initial goals, the “Remote Regions” component of Quebec Roots aims to contribute in a substantial way to the continued development of Quebec’s English-language communities. Quebec Roots plans to recruit artists from Anglophone communities in Quebec’s remote areas to act as workshop leaders. The initiative will be hosted on Quebec Roots’ new digital platform. That will allow our expert consultants to work closely, and in real time, with workshop leaders out in the communities.

You are a Teacher?

Fill out the registration form and return it to:
frederick.gaudin-laurin@metropolisbleu.org

Use Quebec Roots with your students

Produced in 2015 to celebrate 10 years of Quebec Roots

What the teachers say about the project

«It was delightful experience. The mentors were so wonderful to work with and the Kids responded very well to them. The whole project was so well organized. This was a very positive experience». – Suzanne Garneau, Knowlton Academy

«Quebec Roots gave my class an opportunity to work collaboratively on a special project that helped them to find their inner artist and author. They were trained by outstanding professionals who lit that fire and made them realize that they are capable of truly incredible work (…). Quebec Roots took my creative class to a whole other level. It was an experience that my students will not soon forget! Thank you to the entire team! ». – Vicki Fraser, McCaig Elementary

«I am happy to have participated in this project, I think it made my grade 5 group feel special and appreciated to be asked to share their “art”. I think some students saw themselves in a different light after the experience». – Andrea Cobham, Lord Aylmer School

«It was an enriching experience.  Wonderful to see the motivation from the students and the interaction they had with both artists. It is an experience I will always remember, and I am sure the students will too ». – Kimberley Bird, William Latter

Listen to children and teachers talk about the project on CBC Radio.

-This short documentary about a student photo essay from the 2011 Edition was produced by Louise Abbott www.ruralroutecommunications.com 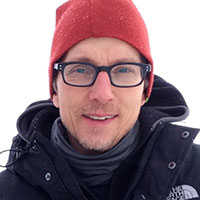 Thomas Kneubühler is a visual artist working with photography and video. Over his career, Kneubühler has explored issues surrounding the privatization of land use, the exploitation of natural resources, questions of power, and the effects of new technology on society. Originally from Switzerland, he has been living in Montreal since the year 2000, where he completed a MFA at Concordia University in 2003. His works have been presented in exhibitions in both Europe and North America, among others at the Musée d’art contemporain, Montréal, the Centre culturel canadien, Paris, the Centre Pasquart Bienne, the Quebec City Biennial Manif d’art, and the Videonale at the Kunstmuseum Bonn. In 2011 he was awarded the Pratt & Whitney Canada Prize of the Conseil des arts de Montréal, and in 2012 the Swiss Art Award by the Ministry of Culture Switzerland. 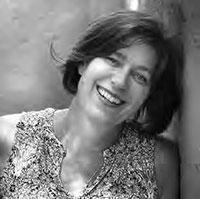 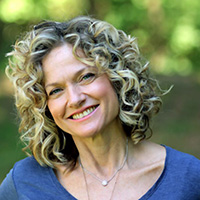 Monique Polak is the author of 26 books for young people. Her spring 2019 titles are I Am a Feminist: Claiming the F-Word in Turbulent Times, and Princess Angelica, Part-Time Lion Trainer. Monique is a two-time winner of the Quebec Writers’ Federation Prize for Children’s and Young Adult Literature. Monique has been teaching at Marianopolis College for 32 years. She is also a freelance journalist whose stories have appeared in the Montreal Gazette and in Postmedia publications across the country. Monique is a columnist on ICI-Radio Canada’s Plus on est de fous, plus on lit! 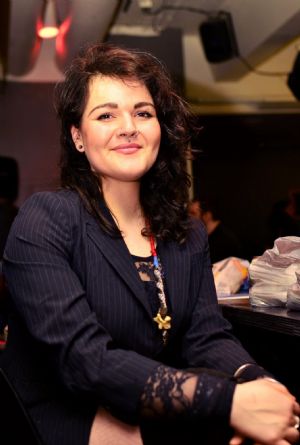 Tara McGowan-Ross is an urban Mi'kmaw multidisciplinary artist. She is a graduate of the Concordia University philosophy and creative writing programs, the author of "Girth" and "Scorpion Season," serves on the editorial boards of Goose Lane Editions' Icehouse imprint and Insomniac Press and is the store manager at the Concordia Community Solidarity Co-Op Bookstore. 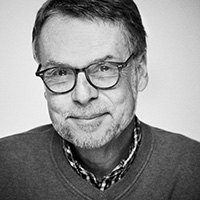 PIERRE CHARBONNEAU fell in love with photography at the age of 14 when he first discovered the joy of the darkroom while visiting a friend’s home. After completing a B.A. in Communication Studies, he started his career as a magazine photographer for many Canadian publications and he later became a regular contributor to the Globe and Mail daily newspaper. This exposure soon led to commercial assignments. Throughout his almost 4o years career as a freelancer, his photos have illustrated a wide array of corporate publications such as annual reports and advertisements. He shoots personal work mostly with vintage cameras in B&W on film. 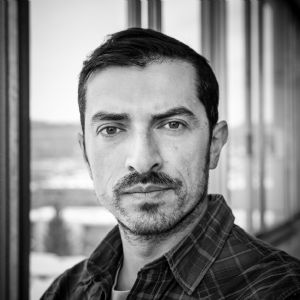 Discreet and sensitive observer, Michael Abril allows us, through his photography, to immerse ourselves in the new world around us, arousing curiosity, emotion or reflection. Originally from Colombia where he grew up, and settled in Montreal since 2008, his photography bears witness to this uprooting, the confrontation of distinct realities, travels and this attachment to the lived experience, in its imperfections and contradictions. Eclectic, his main interest is in documentary. 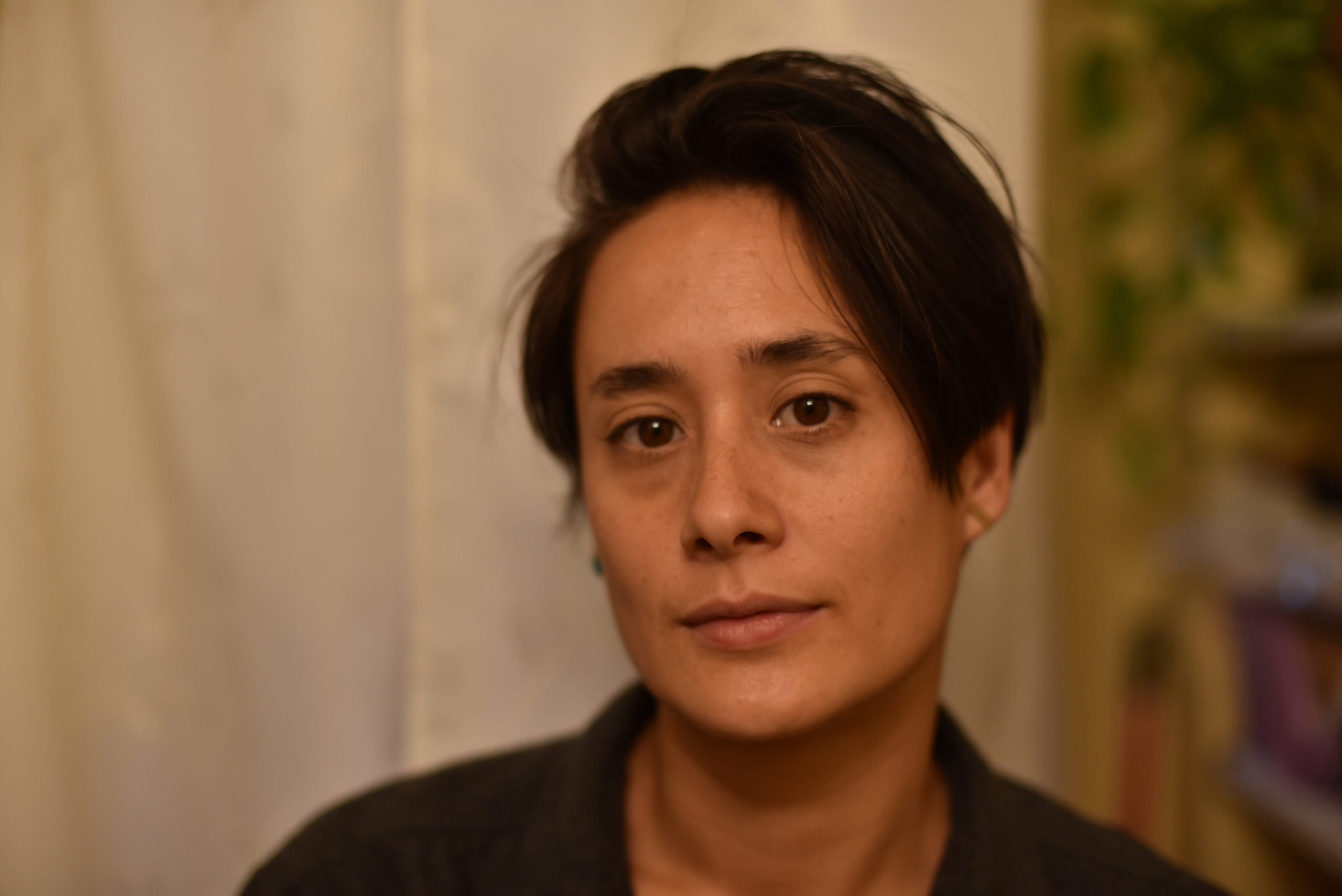 Tess Liem’s writing has appeared in Plenitude, Room Magazine, The Boston Review, Best Canadian Poetry 2018 and 2019, the Montreal Review of Books and elsewhere. Her debut collection Obits. (Coach House 2018) was nominated for a Lambda Literary Award and won the Gerald Lampert Memorial Award as well as the A.M. Klein Prize in 2019. She lives in Montreal, Tiotia:ke—unceded Kanien’kehá:ka territories. (Photo: Surah Field-Green) 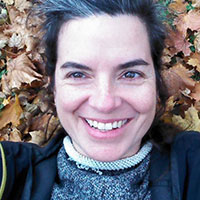 RAQUEL RIVERA is the author of five books for children and young adults. Raquel Rivera has lived and worked in Washington DC, Kuala Lumpur, Singapore, Barcelona and Toronto (where she was born and raised). Now based in Montreal with her family, Raquel writes books while teaching workshops and freelancing. For news, pictures and video-readings, visit her website: www.raquelriverawashere.com.

Thanks for our partners