By the age of 10, one girl in two wants to be thinner, and it seems that boys are also affected by this cult of thinness. Children are also susceptible when it comes to other aspects of their physical appearance: unhappy or even ashamed of wearing braces or glasses, of being too tall or too short, of having freckles or a nose that’s shaped one way or another.

Guided by a facilitator and/or an author, elementary school students will use writing and collage to explore gender diversity, examine the standards of beauty imposed by society, and learn to take a critical look at the images presented by the media, in order to develop a health body image.

These workshops, which Tania Baladi continues to facilitate, took place in a Grade 5 and Grade 6 class at École Louis-Colin, in Ahuntsic. A fifth session, dealing primarily with healthy living habits, was added to Projet M to reinforce the children’s awareness of the connection between positive body image, physical exercise and healthy nutrition. Due to renovations at Ahuntsic Library, the mural could not be presented there; the vernissage took place at the school and the mural is now permanently on display in the school’s foyer.

For the 2017-2018 edition, Tania Baladi presented Projet M once again, with sixty or so Grade 6 students at Iona School, in the Côte-des-Neiges area, and at École Saint-Donat, in Mercier. For the most part, the same format was used for the writing and arts and crafts workshops, with a focus on body image. The participants also created a mural using written work and paper cut-outs. At the end of April, the two schools held a vernissage, after which the murals were displayed throughout the month of May, in the Côte-des-Neiges and Langelier neighbourhood libraries.

In 2016-2017, the project was carried out again with a Grade 5 and a Grade 6 class at École Léonard-de-Vinci, in the Villeray neighbourhood. This time, 40 young participants, guided by facilitator Tania Baladi and author Emmanuel Lauzon, created a mural using written texts and paper cut-outs. A vernissage that brought together parents and friends took place at the school, where the mural was displayed in the art room.

The first edition of Projet M took place at École Île-des-Sœurs. The writing and collage workshops were presented by author and facilitator Caroline Barber. The workshops dealt with the four aspects of self-esteem: confidence, belonging, ability and self-awareness.

In short, since 2014 the goal of our programs has been to build self-esteem in children by encouraging them to think about the environment in which they live. This type of reflection allows them to use critical thinking when dealing with the social pressures they are subjected to from an early age.

Since this program on self-esteem was initiated in 2014, Blue Metropolis has reached 605 participants directly and, through its exhibitions and videos, reached over 70,500 individuals.

Tania has a dual background: actress (BA) and drama therapist (MA, CCC). She has more than 12 years of experience in the field of animation / intervention with childrens in different contexts, as much cultural, educational, as community. You can also read it on the blog Les p’tits mots-dits, a blog devoted to children’s literature.

Thanks to our partners 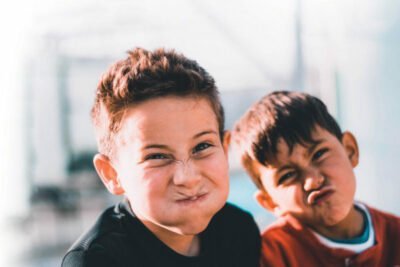